Hi, I'm Nikos Lambridis
Welcome to my Alpha group board 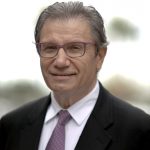 Growing your Business in challenging times? Your Collaborative Peer to Peer Advisory Board enables growth by bringing together different perspectives from like-minded leaders in a trusting and confidential space. Leveraging our 10 years of experience in over 30 countries, our monthly Boards help owners of small and medium size business to grow through collaborative workshops and mastermind sessions.

The Alpha Group (TAG) membership is all you need to take your business to the next level. Where else can you find qualified, experienced and highly motivated professionals that will focus only on you and your business? You are already doing well?
Of course you are. But you don’t want to just do well, you want to EXCEL!

from a team of qualiﬁed, like-minded individuals, ensuring that your business has a variety of opinions,

to focus on strategy: topics of key business growth rather than just day-to-day tasks and putting out ﬁres

and pride, as a member of a high-achieving, aspirational group along with the chance to make trusted new friends and mentors

of knowing that when your organisation meets challenges, they will not be faced alone

A business strategy workshop where members are trained using formal workbooks in key areas of business. This forces concentration on specific parts of their company. Members will analyse, in depth, the areas where their business is performing well or badly.

A mastermind where members get the opportunity to present a current business scenario / situation to their peers. The group will then give advice and feedback based on their experience. Members benefit from the experience of others. This process ensures that all options have been developed and critical mistakes are avoided early. Meetings are inspiring, helpful, uplifting, motivating, advising. 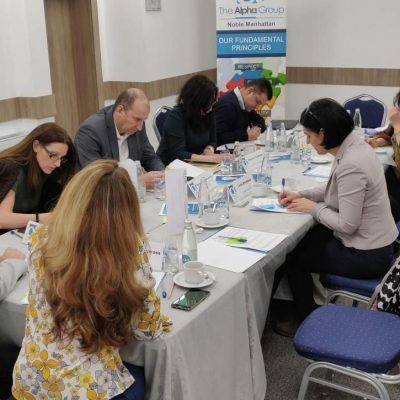 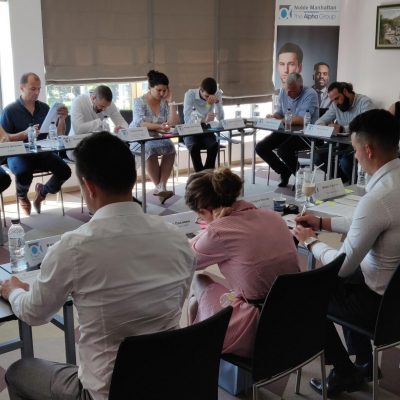 Group members are business executives from non-competing industries that have the knowledge and skills to help solve big business challenges. In a trusted and confidential setting, members grapple with the issues that can make or break a business. Members will share seasoned advice and expertise providing actionable suggestions and solutions that will empower the achievement of goals in business and personal life. Advice, ideas and suggestions flow freely in this confidential environment. The honest, unbiased feedback from board members who face similar problems and issues, helps to crystallize business vision and give confidence that decisions made are well researched and appropriate.

Members are not alone! Members can take advantage of a monthly one-to-one coaching/mentoring session with a highly experienced coach. Here, members celebrate successes, examine opportunities or air concerns. The focus is on developing strategy and tactics together.

Over the past 10 years, The Alpha GOLD™ strategic process has been used to create many successful, profitable business. Members have become highly motivated, focused and confident in achieving business and personal goals. 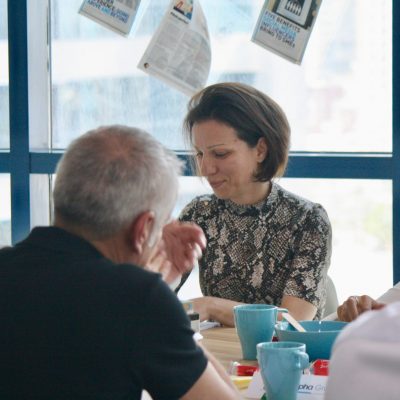 Work with our business coaching tools to narrow your focus!

Having peers who hold you accountable for your decisions and actions is the most productive way to create change. The Alpha Group meetings are a place where CEO’s can turn to someone who understands the challenges they are facing, will always give you an unbiased opinion which in turn could save you so much time and money.

The goal of most companies is to increase the market value of your company and to become successful not right away sometimes. However, challenges and uncertainty are always part of long-term expansion and growth. There are times when, like many others, you are unclear about the best way to proceed, intermittently have self-doubt, and occasionally lack the tools and techniques for the tasks you are facing.

Because your peers are equal and are also business owners who are not competitors, you’ll respect their opinions and trust their own experience, unlike your relationship with others, you can’t make excuses with your peers. They know better and you know they know better. It’s why we know that peer groups work so well and why CEO’s who really want to grow and develop turn to The Alpha Groups, they seek accountability, and someone to hold them to the promised that they make, so they can reach the potential they desire.

Mastermind is the method! The process gave me concrete information about my business and it showed me that starting from a small step, in a group like this, something much bigger and more profitable can be developed. It was great to compare my situation with those of the other people and to have this opportunity to focus on business strategy! I really appreciated the exchange of ideas and listening to the other people, WOW! Doing things alone means making really slow progress! The opportunity to learn a method to plan my business priorities was greatly appreciated, also!
ORNELLA TORRESANI
The chance to share real cases with challenges that we all as business leaders encounter and allowing the board members to have a meta view of what the root cause of this challenge may be and then generating proposal to help – was amazing.
SAMAH HASHAD
I run a small manufacturing business in the North of England. Since joining The Alpha Group in September last year I have seen huge improvements in various areas within my business. Before joining I hadn’t realised what a positive impact it would have to turn my focus to an outside looking in to the business approach. The Alpha Group mastermind sessions have given me some great ideas; and I’ve gained advice and support with some tough decisions and changes that were needed, in order to progress in the industry.
Alpha Group Member, UK
The biggest pain point for any business is to grow and expand the business and at the NM conference, amazing speakers gave spot on insights on building the business that are valuable to any business owner regardless the stage of their business, thumbs up!
Pauline Sawaya
It was an honour to be part of the first annual conference of The Alpha Group. It demonstrated that all business owners from around the world have the same aspirations and vision. They want to build great businesses to employ more staff and make a difference in their community. They don’t all face the same challenges, but when they tap into the creative process offered by The Alpha Group they can overcome these challenges anywhere in the world.
Agnesia Agrella

Inspiring you and your company to thrive through the focus and power of your Alpha Group Board.

Assisting you to create, update or even formulate your Powerful Fast growth Business plan for your business.

*The number of masterminds we hold in a meeting is determined by how many members are in the group.

The maximum time a meeting will be, is 6.5 Hours.

The Alpha Groups provides small-medium businesses with the valuable guidance and support needed to chart a sustainable course for growth. The Alpha Group guides members to focus on strategy and profits. 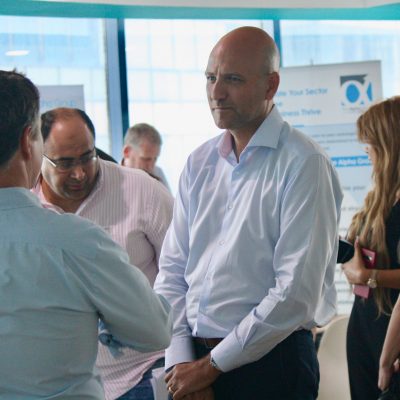 You realise that “you don’t know what you don’t know” and are open to receiving and sharing new ideas that will take your business to the next level. You are willing to change your thinking and take action.

Want the business to work for you

It is not a good idea to put a new roof on a house with a sinking foundation. If you want to strengthen all levels in order for the business to produce while you focus on growth, then we can help you realise your vision.

Adhere to the highest standards

If you want to succeed by taking shortcuts, this is not for you! If you want to do business at the highest level, this is the right place for you and your business.

This is not a networking group. This is a group of business owners and leaders who hold each other accountable and are committed to improve the lives of all members. 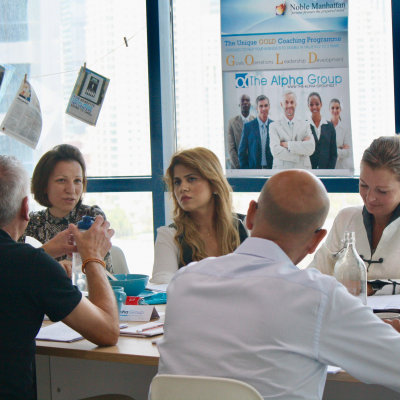 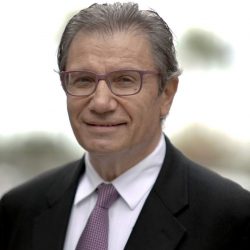 Nikos Lambridis has specialized in Sales, Coaching and NeuroScience. He holds a Master’s Degree in Biomedical Engineering from the Univ. of San Francisco, Ca., USA, and a Diploma in Organizational Psychology from INSEAD Business School in France, and a NeuroCoaching certification from NeuroLeadership Institute.

He is the founder and CEO of Advisor Training and Coaching Ltd., based in Athens with clients from over 12 countries in the SE Europe region.

His experience was gained “on the job” in several Management roles in blue chip companies such as Informix, Vodafone, Toshiba, where he managed the International US and European sales operations.

Early in his life, Nikos was confronted with “real life” communication and intercultural interaction issues while playing for the Greek Olympic team and then in USF’s 3 times National championship soccer team, made out of 16 different nationalities. In order to manage those communication issues he had to develop specific skills and emotional intelligence that proved to work well in professional situations as well, in the last 30 years.

His Training and Coaching methodology is based on the ground works of Positive Psychology, Transformational Coaching and Client-centered Executive coaching of INSEAD’s Coaching and Consulting for Change (CCC) practice principles. Nikos is an affiliated member of the International Coaching Federation, Management Center Europe and CEO Europe.

Nikos has been teaching and coaching for the last 12 years in many large multinational companies such as Pfizer, Novartis, WIND, Abbott, ROCHE, Duty Free, Eurobank, Piraeus Bank, Citibank, Marks and Spencer, Johnson & Johnson, Sanofi – Aventis, and participants from more than 15 European and Middle East countries. He is often called on the spot by some organizations to facilitate, consult or coach their groups, managers or the top management team on issues such as Leadership, Strategy, Top Team building, Emotionally intelligent Teams etc.

When he is not busy coaching and traveling somewhere in Europe or Middle East, Nikos spends his time reading, exercising, and “hanging out” with his 2 sons Themistocles and Dimitris.